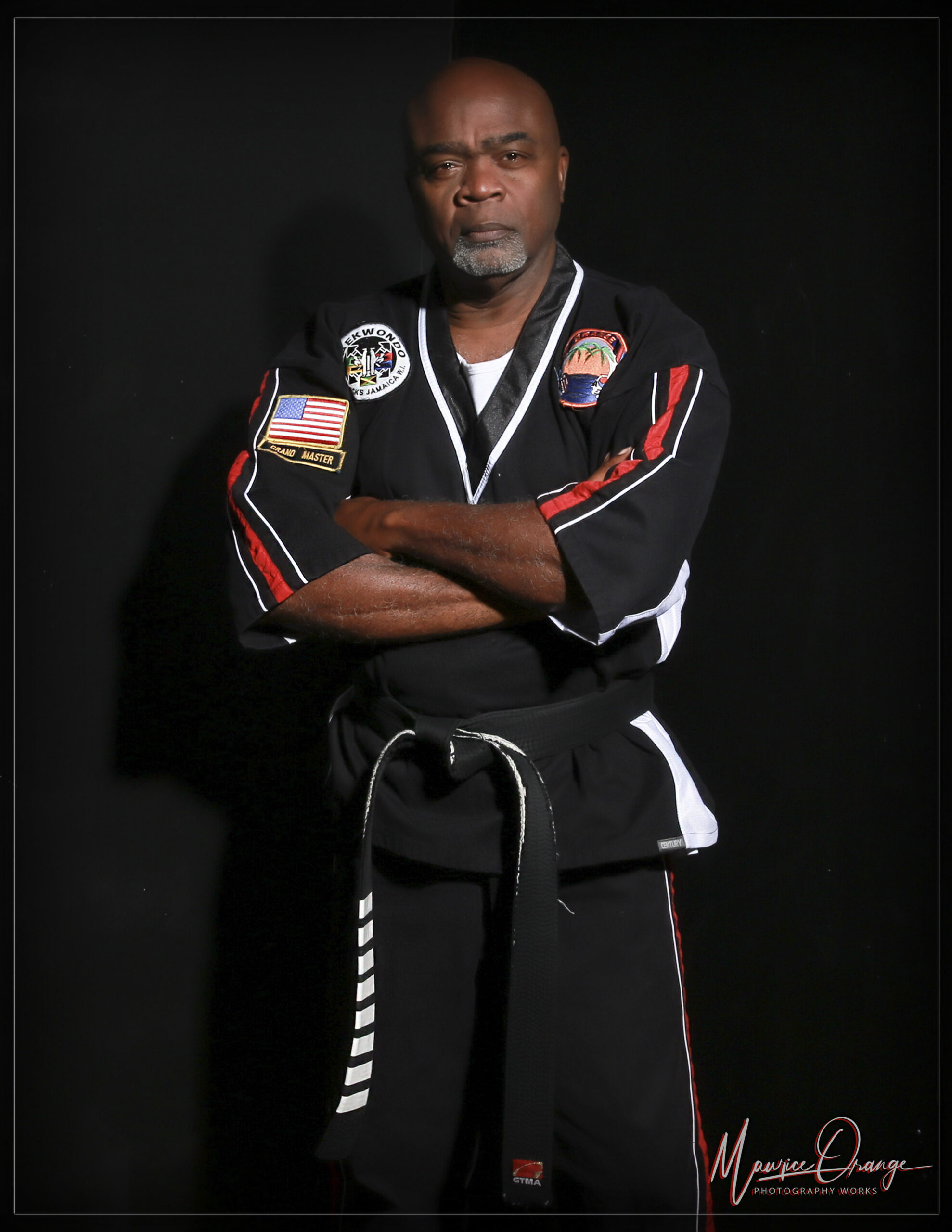 When Grandmaster Orange was just a kid, he was able to meet Dr. Martin Luther King Jr. How did that happen, you ask? Well, sit back and have a listen to the story.

One day Martin Luther King Jr. visited Oklahoma City, where Grandmaster Orange lived as a kid. Martin Luther King came to speak at the church where GMO went. And afterwards, MLK high-fived all the kids, including GMO. Even as a little kid, GMO could tell there was something special about Dr. King and the way people behaved around him. All of the adults were attentive and paying close attention to every word Dr. King spoke. Dr. King talked about creating leaders who are strong and consistent and do the right thing at all times. That made a big impression on Little GMO. One that has stayed with him for his entire life.

Hearing Dr. King speak, Little GMO realized that there was a better way to treat people, than he had seen growing up. By observing and studying Martin Luther King’s life, GMO saw that it was possible to change himself and thus, help others become more courteous and respectful too. In fact, the Tenets of Taekkwondo were exemplified by Martin Luther King. Courtesy. Integrity. Perseverance. Self-Control. Indomitable Spirit. The result can be Victory for all of us.

And then, do you know what happened many years after that? Every February, Grandmaster Orange gives class presentations at Zamorano. During the presentations he talks about meeting Martin Luther King, and he tells the students that MLK high-fived him.  One recent year GMO and Principal Murchison were walking out after the last of six class presentations and the kids were all at lunch.

Principal Murchison saw the kids waving at GMO, and said, “Grandmaster Orange, go show them some love.” It caused a riot!!! GMO went and stood on one of the table seats so he could see more kids and started to wave his hands in the air. Everyone came running towards him so he jumped backwards off the stand. It was like a mosh pit, all the kids were fist

bumping him, hugging him, and touching his hand that touched Martin Luther

It was madness. The lunch ladies were blowing their whistles until they were blue in the face; it did no good.

Their faces were struck with fear, seeing that something could happen where someone was gonna get hurt, because the students were all going nuts. GMO had to keep his feet planted wide so he didn’t fall over. He was shouting to the kids, “It’s okay. That’s enough. Back off.” But it did no good.

It was insane. When GMO got to Sidekicks, two grandmas came in and signed up their grand-daughters. They hadn’t stopped talking about GMO and Martin Luther King Jr. since they got home from school.

While that’s a fun story, it’s more important that the lessons are passed on. Grandmaster Orange and Martin Luther King Jr. had an intention for all children to become the best they can be.  They believed in serving their communities. What can you do to carry on this message? Do something every day to build good will and good friendships.

Service before self.
Serve the community.
Be color kind not color blind.