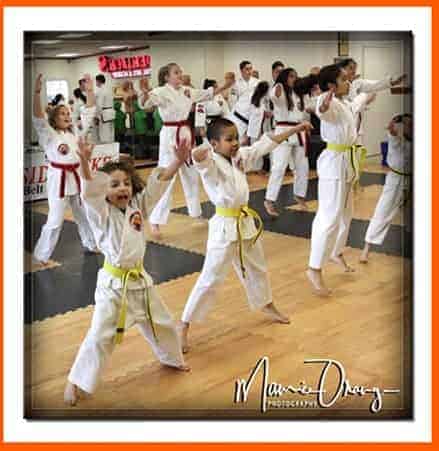 The belt rank order is as such.  One of the determining factors between a red belt and a yellow belt is the following.

How do I know if my kid is ready to be promoted from Yellow Belt?

Pre test take everyone through what they need to know for testing.  After that time the student is issued a permission to promote letter.

What are some of the distinguishing characteristics of a Yellow Belt that is ready to be promoted ? They pass their pre-test

How long does it take to be a yellow belt?  It varies by the kid.  From child to child.  Age, maturity, skill, previous training.  No two kids are alike, and are judged according to their individual skills, not skills as a group.

One kid was promoted to yellow belt after two years. Another one after 5 weeks.  Average time is 5-8 weeks.