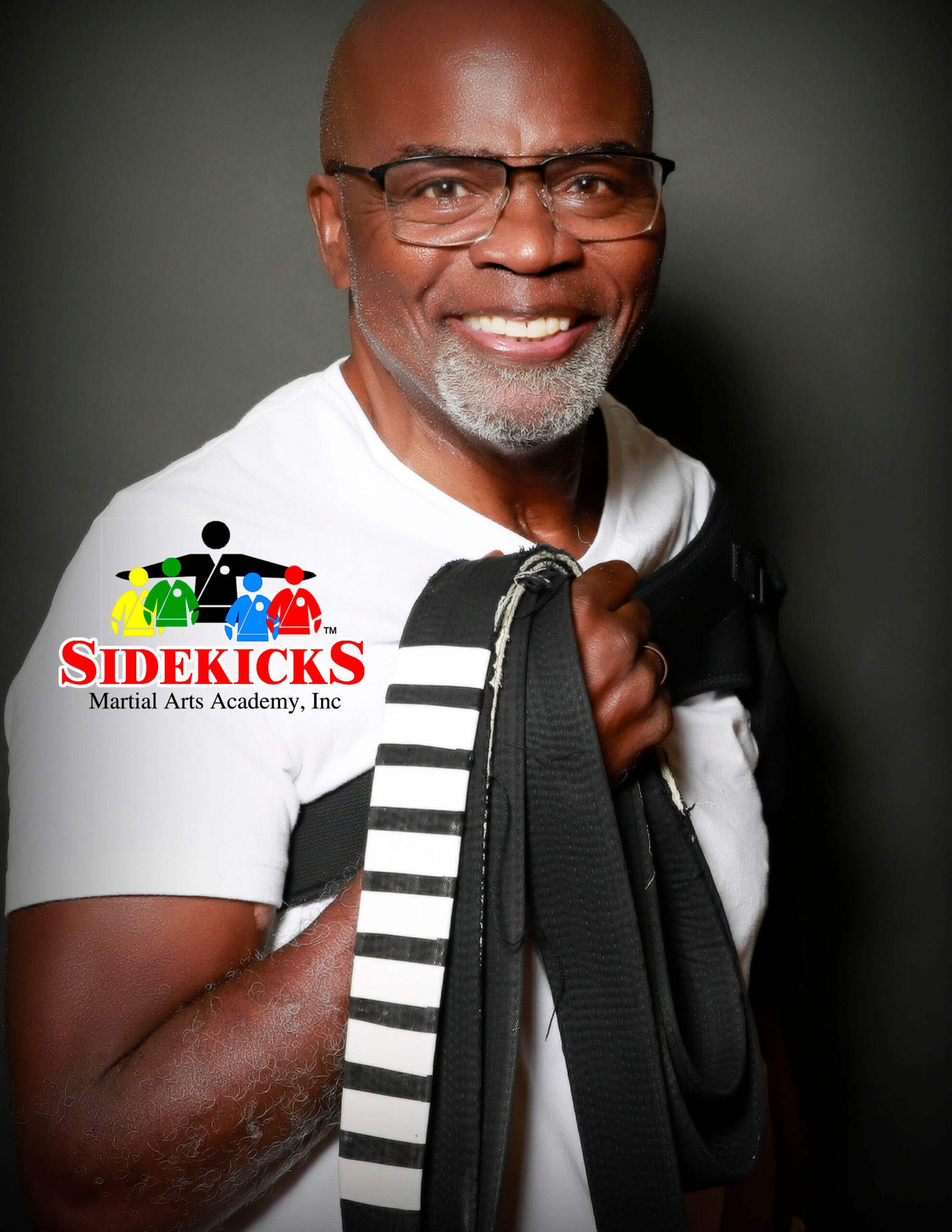 Like the best-laid plans, even making his ninth-degree black belt did not turn out as he thought it would. He began practicing the form four years ago in 2019, breaking down into tears as his physical body began to feel it; realizing that this was his last form- ninth degree black belt being the highest promoted rank in Taekwondo.

As a lifetime journey, it was not the same as he thought and anticipated it would be. Little did he know he’d have to go not only through a pandemic and four months in three hospitals; as well as two years in recovery; and over 500 doctors appointments and therapy sessions, before attaining the ninth stripe. Which is actually just a piece of white tape added to his tattered black belt: Tattered from mentoring students; tattered from counseling parents; tattered from celebrating grandparents.

What it symbolizes is far more than kicking and punching although he’s done his fair share of that breaking 5,000 boards for cystic fibrosis, in one setting.

Deeper Than Kicking and Punching

This is deeper. It takes the Tenets of Taekwondo to a sublime depth of commitment. It Symbolizes commitment, compassion, communication, community, and respect.

What it looks like on the outside: Volunteering at the local school Zamorano, even before it was built; making appearances at the performing arts school to support student achievement; stepping in to help teachers and parents; becoming a team between them, when a kid needs extra support at school.

Respect for families and elders in the community. Enforcing the Sidekicks mask mandate throughout the long-haul of COVID-19. Keeping families safe.

What it means on the inside

It comes from wanting to be a better person than his father -and succeeding in spite of, not because of him. Having an unrelenting need to do the right thing. Owning and carrying a responsibility to and for so many people. Not knowing where they come from, but speaking the right words at the right time. Getting in the car with his mom to go to Taekwondo even when he didn’t want to. An answer to his mentor’s dedication and deep caring.

Far from a media event or even a full school occasion, Grandmaster Maurice Orange’s promotion took place behind the scenes. And in typical GMO fashion, he made it not about him.

Instead of having their rank certifications signed by a handful of Koreans, they opted to do something never done before — they elected parents and grandparents, life long students, and friends to sign the back of their rank promotion certificates.

At the end of the day, a turmoiled former student, outreached to GMO, unaware of the events of the day. The youth’s love life had toppled, leaving him in a desperate suicidal state. Grandmaster Orange took the time to listen and care, to be there with support and encouragement.

Just another day in the life of Grandmaster Orange. The title and rank may have changed, but the job is the same. Community and ninth-degree black belt dedication at work.