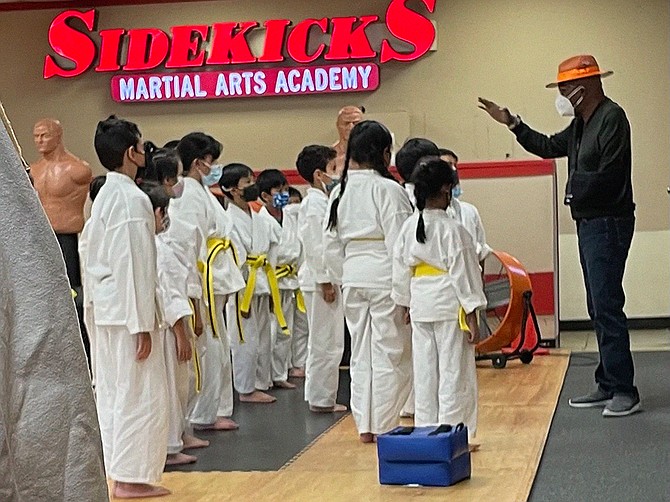 In the mid-1960s as a young man growing up in large, broken family with eight siblings in Oklahoma City, Maurice Orange said it was deeply disturbing to watch his older sisters fall into patterns of different forms of abuse from their significant others. 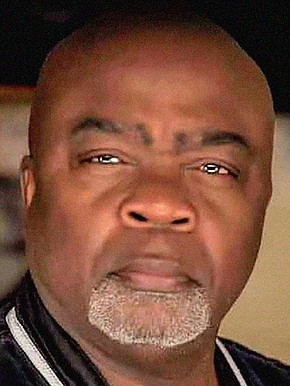 “Those days in the minority community, there was a lot of abuse,” said Orange, since 1991 the owner and operator of Sidekicks Martial Arts Academy in San Diego. “My sisters were abused by early boyfriends and I didn’t like it. But I was too young to do anything.”

He said at one point in his life, he recalled seeing one of his sisters crying in the kitchen after a period of abuse from her husband. “I wanted to defend her but I knew I couldn’t,” Orange said.

An avid comic book reader in those days, Orange said he would see advertisements for martial arts inside the pages showing his favorite comic book heroes.

“I first read about martial arts there, and I thought, ‘If I learn martial arts, I can stop him from ever hitting my sister again.’ And that’s how it started.”

Empowered by taking martial arts classes and learning how to defend himself just nine years of age — earning his way to a black belt in karate in just 13 months — Orange, now 66, has been teaching students how to gain confidence, discipline and strength at Sidekicks since 1981.

Tae Kwon Do as a Lifestyle

His trademark anime art advertisement for the academy shows six cartoon characters in their martial arts uniforms, with the words “COURTESY,” “INTEGRITY, “PERSEVERANCE,” “SELF-CONTROL,” “INDOMITABLE SPRIT” AND “VICTORY” underneath the figures.

“At Sidekicks, we don’t look at Tae Kwon Do as a sport, and I’ve never called it a sport,” said Orange, who lives with his wife Cheri in Rancho San Diego. “I call it a lifestyle.”

Sidekicks offers programs that teach kids as young as ages 3 to 6 about good citizenship and respect for others, moving to more physical martial arts skills for the 7- to 11-year old crowd, and life safety and self defense techniques and self-confidence classes for teens and adults.

Orange landed in San Diego County in 1974 during a five-year stint in the U.S. Navy. He worked long hours in hospitals and earned an Emergency Medical Technician degree.

He lived in several sites overseas, including Guam, during his time in the Navy, where he had little down time – and says he preferred it that way.

At one time, while serving in Guam, Orange said he did some DJ’ing on base and at the local Hilton Hotel. He also kept up with his martial arts, teaching others on the side. “My goal was to stay out of trouble,” he said.

When he left the Navy and came back to San Diego, he started working as an instructor at a martial arts school on El Cajon Boulevard near 35th Street.

He said that while teaching at the martial arts school where classes were filled with eager students, the operator there told him, “Don’t think about ever opening a school. It’s been my experience that you can’t open a school and run it successfully as an African American. Work for me and you’ll be fine.”

Orange said he knew that wasn’t true, and in the early 1980s, opened his own school on Plaza Boulevard in National City.

He said the school immediately filled up and he started noticing that many of his students were coming from out of the area and lived closer to the Paradise Hills region.

So in 1991, he moved to another site, and launched Sidekicks. And more than 30 years later, there it still remains.

Orange and the five instructors at the academy teach a little over 100 students now, though Orange says that pre-COVID-19, those numbers were quite a bit higher.

One of the earliest instructors that has worked with Orange since his National City days, Marilou Castillo, is still teaching at the studio.

Grandmaster Orange says he pays close attention to how his students are doing, both inside the studio, in their school classrooms and out in the world.

Orange has a prosthetic that he wears on his left forearm, the result of a major accident he had while riding on a motorcycle in El Cajon in August of 2020. A car cut in front of Orange’s motorcycle and Orange didn’t have time to stop or swerve. He suffered a traumatic brain injury, broken bones, a collapsed lung and severe nerve damage in his left arm, which was later amputated.

He has little recollection of the collision but does know that he was unconscious for five weeks.

“I didn’t know who I was, where I was,” Orange said. “I didn’t know I was a black belt, that I had an airplane and was a pilot, that I was a photographer… I knew nothing. Cheri was told her husband would never walk again. But she was there every day. That I remember.”

He said he came home in a wheelchair and eventually was able to progress to walking, and more. An avid photographer who shoots everything from insects to portraits to airplanes and racing cars, he has learned to adapt and hold the camera steadily.

Though partially paralyzed on his left side, and unable to teach martial arts in full like he was able to before the collision, Orange said he doesn’t harbor anger toward the driver of the car that nearly killed him.

Going through the near-death experience made him realize that “time is all we have, and that’s it.”

Orange said that being African-American is only part of who he is, that more important is that he strives as a human to do his best and teach his students to be proud of their own individual value in the world.