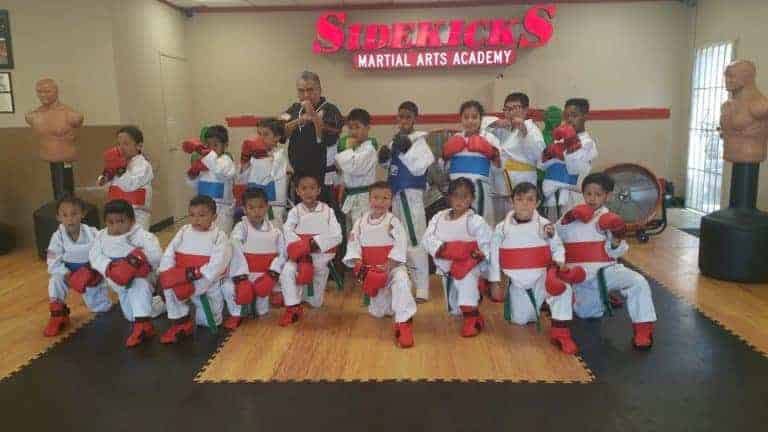 Today’s Taekwondo At Home Lesson is “What Taekwondo is Not”

Taekwondo has demonstrated that it is not a fad. It has been around for decades and has been popular in the United States for over 50 years. Fads usually do not require physical or mental disciple, they only require physical action. With no discipline required, fads tend to get boring after a while, so people move to the next thing. Taekwondo requires not only physical action, but discipline. So it takes commitment.

In Taekwondo, one doesn’t just perform a movement on it’s own. The movement must be performed with power in a precise way at a precise time. To achieve this, students must commitment themselves to strict physical and mental disciple for a long period. Students who stay with Taekwondo long enough to develop this disciple often stay committed to Taekwondo for the rest of their lives.

See if you can answer these questions, in your own words.

You can write down your answers for extra credit and turn them in to GMO.

2. Does Taekwondo require commitment and discipline?

3. Give an example of how you have practiced commitment and discipline in Taekwondo?

4. Is discipline and commitment easy?  Explain your answer.

5. EXTRA EXTRA Credit – Are commitment and discipline the same thing? Explain your thoughts.

Sometimes people ask if Taekwondo is based on ancient Korean martial arts. The answer is, it sort of is. Although modern Taekwondo has only existed for about 65 years, it is based upon Shotokan Karate, another 20th century martial art, and ancient Korea martial arts, such as Taekkyon and Subak, that are no longer popular in modern times. Many Sidekicks students know that TKW started in the year that Grandmaster Orange was born.